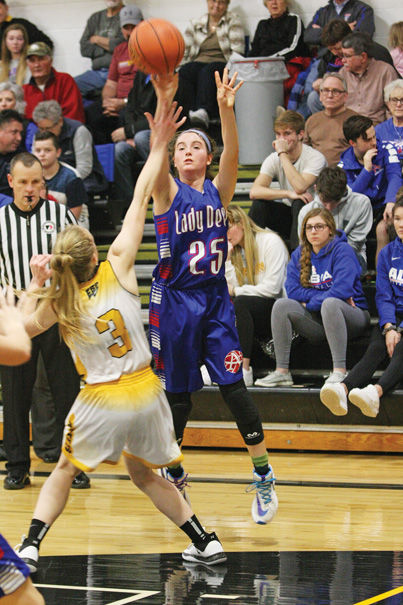 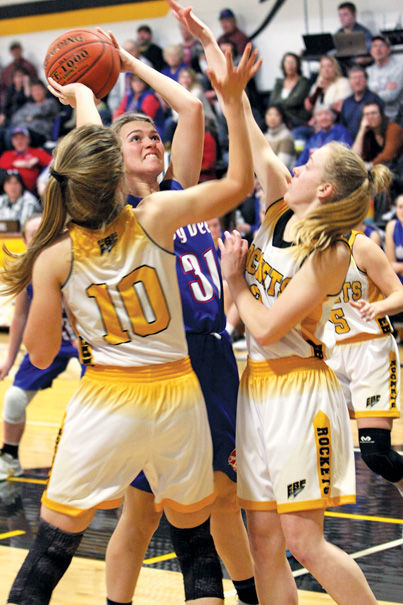 A smothering Eddyville-Blakesburg-Fremont defense and ice cold shooting in the first half gave the Rockets a 59-30 victory over the Albia varsity girls team on Tuesday.

The Dees didn’t score until the 3:29 mark in the first quarter when Halle Hindman finally found the basket. Sophie Waber scored the only other basket in the first half for the Dees as the Rockets opened up a 20-4 first quarter lead.

It didn’t get much batter in the second quarter as the Rockets spread their scoring between Grace Roberts, Emmalee Davis, Whitney Klyn, Lillie Hynick and Rylee German, boosting the lead to 36-11 at the half.

Hindman had two points in the quarter and Waber added three and Ayana Thomas had a put back for two.

The second half was starkly different for the Dees as they came out in an aggressive man-to-man defense and used their full court press effectively. EBF outscored the Dees 13-7 in the third quarter to lead 49-18 but Albia had an 11-10 edge in the final quarter.

The Rockets had four girls in double figures led by Madysen Wade’s 12 points. Davis and German scored 10 each and Roberts had 11, including a three-pointer. Brooke Shafer added ine, Hynick had a three-point shot and Klyn and Ellie Breon had two each.