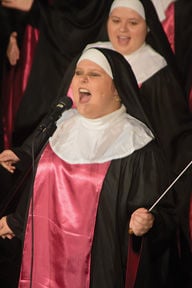 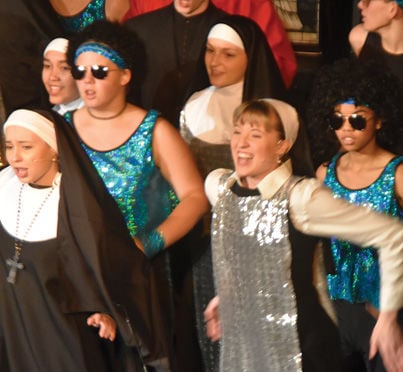 Because of the COVID-19 closure of Iowa schools, the Des Moines Performing Arts (DMPA) introduced a new initiative that will celebrate high school theatrical programs and provide online learning opportunities throughout the spring. These opportunities are a positive response to the earlier announcement that the 2020 Iowa High School Musical Theater Awards (IHSMTA) Showcase scheduled for June 1, 2020 at the Des Moines Civic Center, has been cancelled due to the ongoing challenges of COVID-19. The initiative provides a chance for DMPA to celebrate the 86 schools who took part in the 2019-2020 IHSMTA program.

In this unprecedented time of social distancing, theaters ranging from Broadway to high school auditoriums are dark across the country. In addition to impacting the year-end IHSMTA Showcase, a significant number of participating school productions were unable to be performed as scheduled due to school closures. Albia’s spring play was cast but never performed.

Despite these challenges, the IHSMTA program remains committed to supporting students and drama programs across the state during this time. Awards and recognitions bestowed to schools whose productions were reviewed by adjudicators, prior to school closures were announced last week.

Distinguished Scene: “I Haven’t Got a Prayer” featuring Hannah Anderson.

Special Recognition for Performance in a Principal Role: Hanna Anderson as Deloris Van Cartier the Vegas night club singer; Savannah Stalzer as Sister Mary Robert, the painfully shy novice nun whose huge voice is discovered by Deloris Van Cartier; and Tayler Sample as Mother Superior, the hard-bitten head nun who ultimately is won over by the courage and kindness of Deloris.

He thought Covid-19 was like the flu. Then this happened

This makes you more vulnerable to Covid-19

MIT professor: This could be the biggest 2020 voting disruptor

Anderson is a sophomore and Stalzer and Sample are seniors.

The musical was directed by Alex Steines and Suszanne Hollinrake and performed at the King Opera House.

The IHSMTA program is a year-long signature DMPA community initiative that impacts more than 5,000 students across the state of Iowa. The program focuses on enhancing the talents of high school thespians and their schools’ theater programs, while providing a platform for recognition. The program consists of three main components:

• Professional Review: Each participating musical production receives a professional review. A panel of performing arts educators and professionals (adjudicators) attend each school’s musical and provides feedback on everything from individual actors’ performances, to the orchestra, set, lighting, costumes and more.

• Awards Showcase: Based on reviewer scores and nominations, outstanding musicals and performers are invited to share highlights from their school productions in a professionally produced Awards Showcase that is held on the Des Moines Civic Center stage at the beginning of June. The evening consists of student performances curated from across the state.