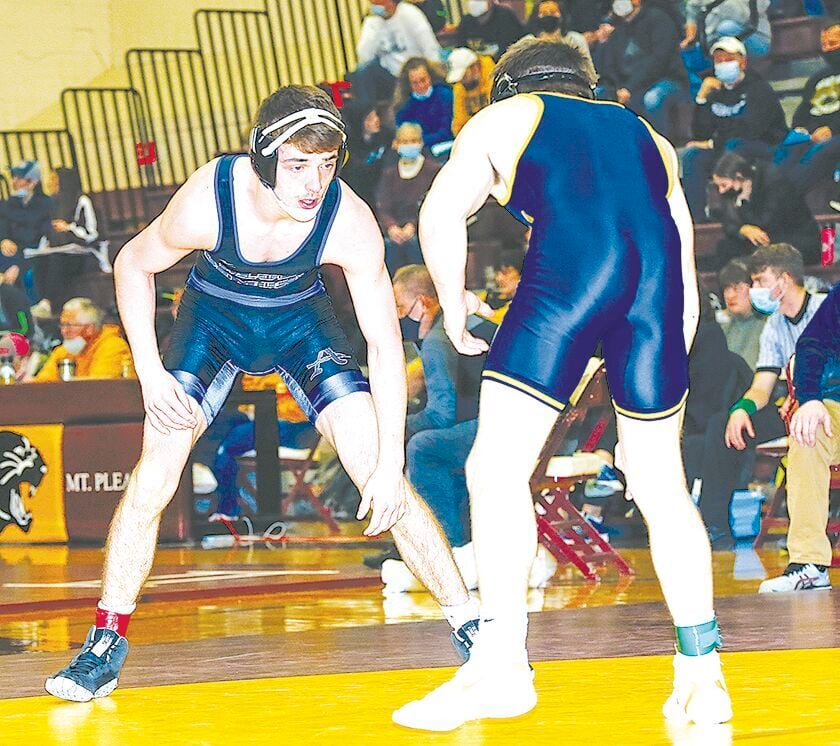 Albia’s lone senior at districts, Stephen Conley, battled his way through wrestlebacks to earn his first trip to state. 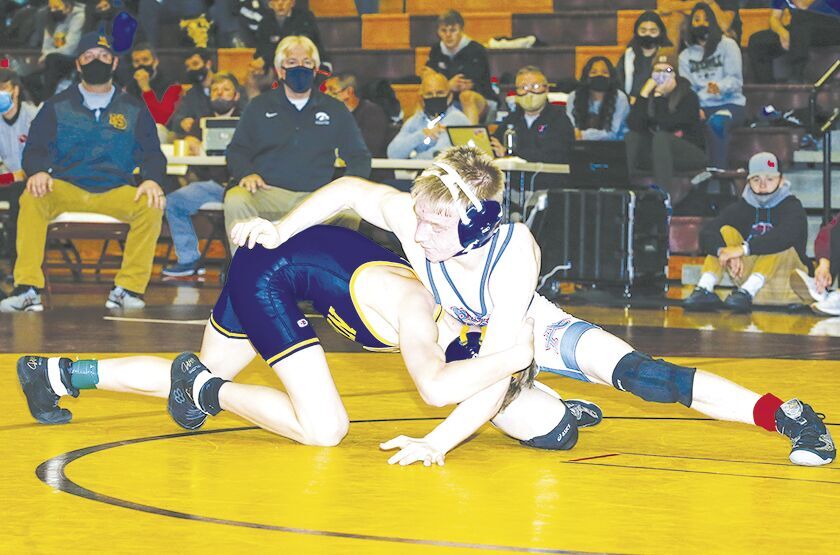 Second ranked Carter Anderson scored a 6-4 first round win, then got an injury default to win the district at 106 and move on to the state meet.

Albia’s lone senior at districts, Stephen Conley, battled his way through wrestlebacks to earn his first trip to state.

Second ranked Carter Anderson scored a 6-4 first round win, then got an injury default to win the district at 106 and move on to the state meet.

Albia finished third as a team behind Davenport Assumption and West Burlington/Notre Dame/Danville.

“As we got in the middle of the first round, I was a little concerned that our guys weren't ready to go,” said Coach Dave Wenger. “We won two nail-biters at 106 and 132 and dropped the opening matches at 120, 126, and 152, putting ourselves in position to need help to get back into the tournament. Things certainly weren’t playing out the way we had hoped.

“After the first round, we made sure the kids understood that they weren't out of it and they would have to get refocused and ready to roll in their next matches,” said Coach Wenger. “They did just that. Carter Anderson went out and took down his opponent in the finals and was leading 2-1 before receiving the win by injury default. Dawson Bonnett and Logan Carter beat kids that they had lost to previously this season to keep themselves alive.

“From there we dropped finals matches at 113, 132, and 152 which forced us into wrestleback matches for a trip to the state tournament,” said the coach. “In all, we had four wrestlebacks, which are the most stressful matches of the year as far as I'm concerned. It's win, or go home. We were successful in three out of the four matches which says a lot about these kids.

“I've been wrong about them several times this year and at the beginning of the day I may have doubted them yet again, but they have proven themselves time and time again over the course of the entire season, but especially Saturday,” he added. “They know how to get the job done.”

Freshman Paul Ballard finished second at 220 pinning Sam Carrasco, Mount Pleasant in 3:46, losing by technical fall to Josh Wallington, Mid-Prairie 16-0 in 4:17. There was no wrestleback.

At 120, Dawson Bonnett ended his season with a third place finish. He was pinned by Blaine Frazer, West Burlington in 1:26, scored a 2-0 win over Nolan Riddle, Keokuk, but lost a 5-0 decision to Dawson Townsend, Davis County in the wrestleback.