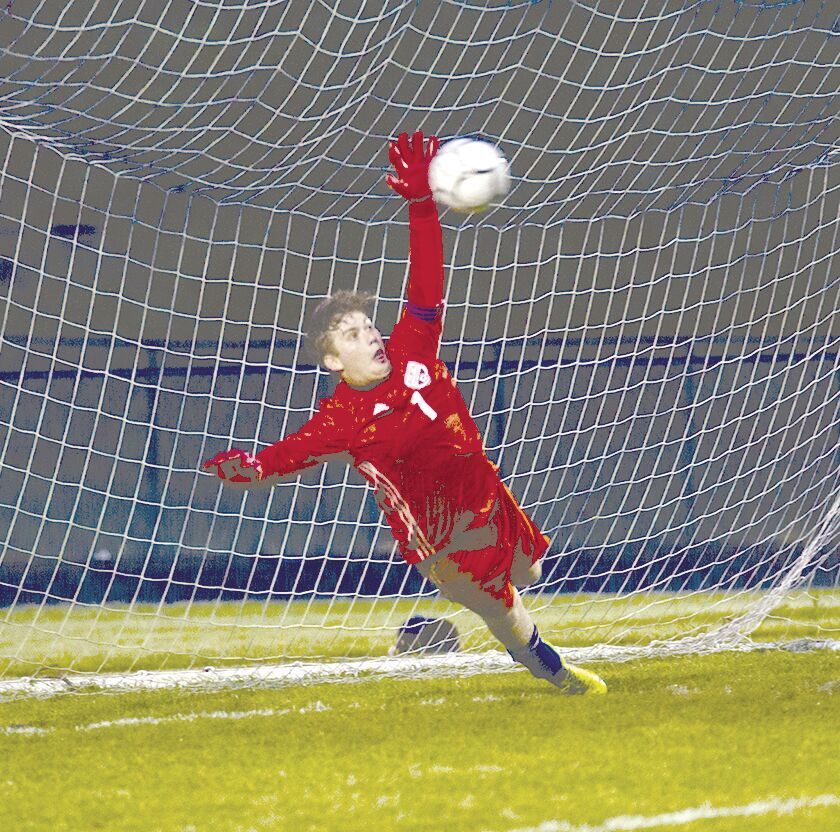 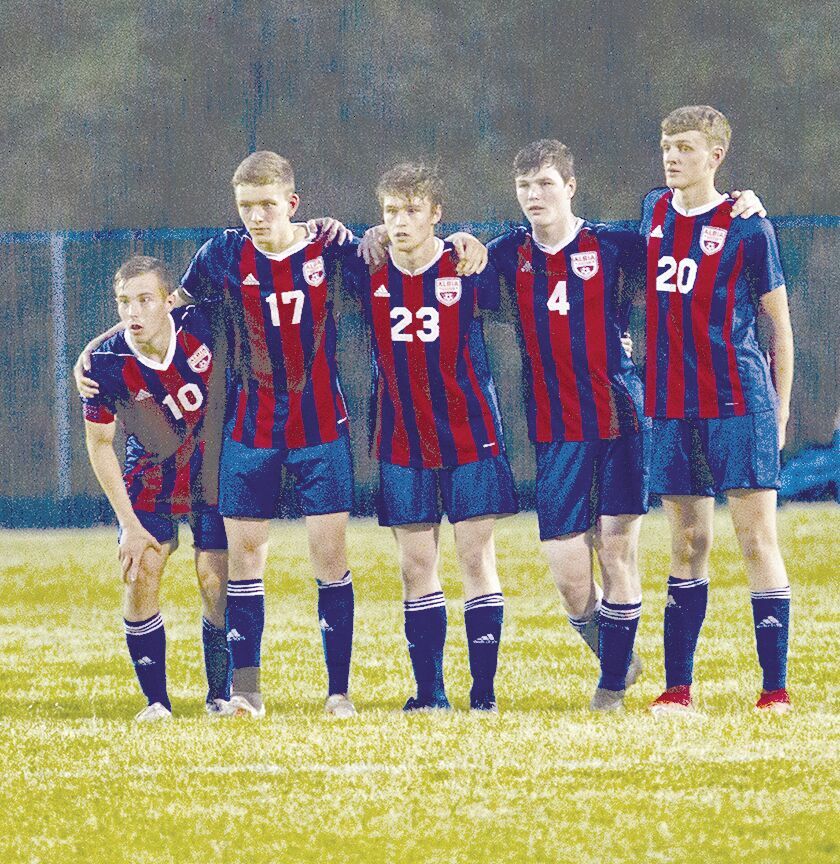 The Albia soccer team held the high-powered scoring offense of Mid-Prairie (11-4) to zero goals in the first 100 minutes of play, going 0-0 through two regulation halves and two 10-minute overtimes, sending the second round district match to the shoot-out phase.

Landon Noe lined up first and his kick was blocked. Mid-Prairie scored its first against Albia goalie Zach Lawrence. Adam Sheffield lined up in the penatly kick area and shot the ball into the net to tie the game at 1-1. Mid-Prairie countered with a goal to make it 2-1. But Ben Leshen and David Fisher had their kicks blocked and the Golden Hawks scored on their fifth goal making a shot by Travis Sheffield unneccesary.

The 3-1 advantage in the shootout gave Mid-Prairie a 1-0 victory and ended the dream of a state tournament appearance for the Blue Demons. Mid-Prairie moves to the substate final against West Liberty. Albia ends with one of the best records in school history at 11-4.

“I thought our team played extremely well,” said Coach Matt Johnson. “We had a lot of outside distractions, but the kids stayed the course. Our seniors led well. I’m really proud of how they played both at Chariton and against Mid-Prairie.”